Every day, every moment, are carried out discoveries in the world of science, technology, health, climate change and much more. We will share with you what is happening in our world. We will be passing on a summary of the most important discoveries.

Science is defined as the body of knowledge obtained based on a specific method. Science is research, which was later described in an orderly way, providing expertise in a field. It is how to achieve new knowledge, considered valid until there is no rebuttal. This indicates that science is not an unquestionable truth.

From the Greek Tekne, which means technical, trade, and logos, which means science and knowledge.
The concept Technology covers a wide range of techniques, processes and knowledge, we are used to construct and design objects which are met with a host of needs of human beings.
Consequence of technology is the science and engineering, where many of the advances beyond the concepts outlined.

Nanotechnology, shortened to "nanotech", is the study of manipulating matter on an atomic and molecular scale. Generally nanotechnology deals with structures sized between 1 to 100 nanometer in at least one dimension, and involves developing materials or devices within that size. Quantum mechanical effects are very important at this scale.

Nanotechnology is very diverse, ranging from extensions of conventional device physics to completely new approaches based upon molecular self-assembly, from developing new materials with dimensions on the nanoscale to investigating whether we can directly control matter on the atomic scale. Read more 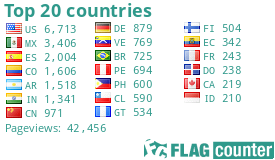